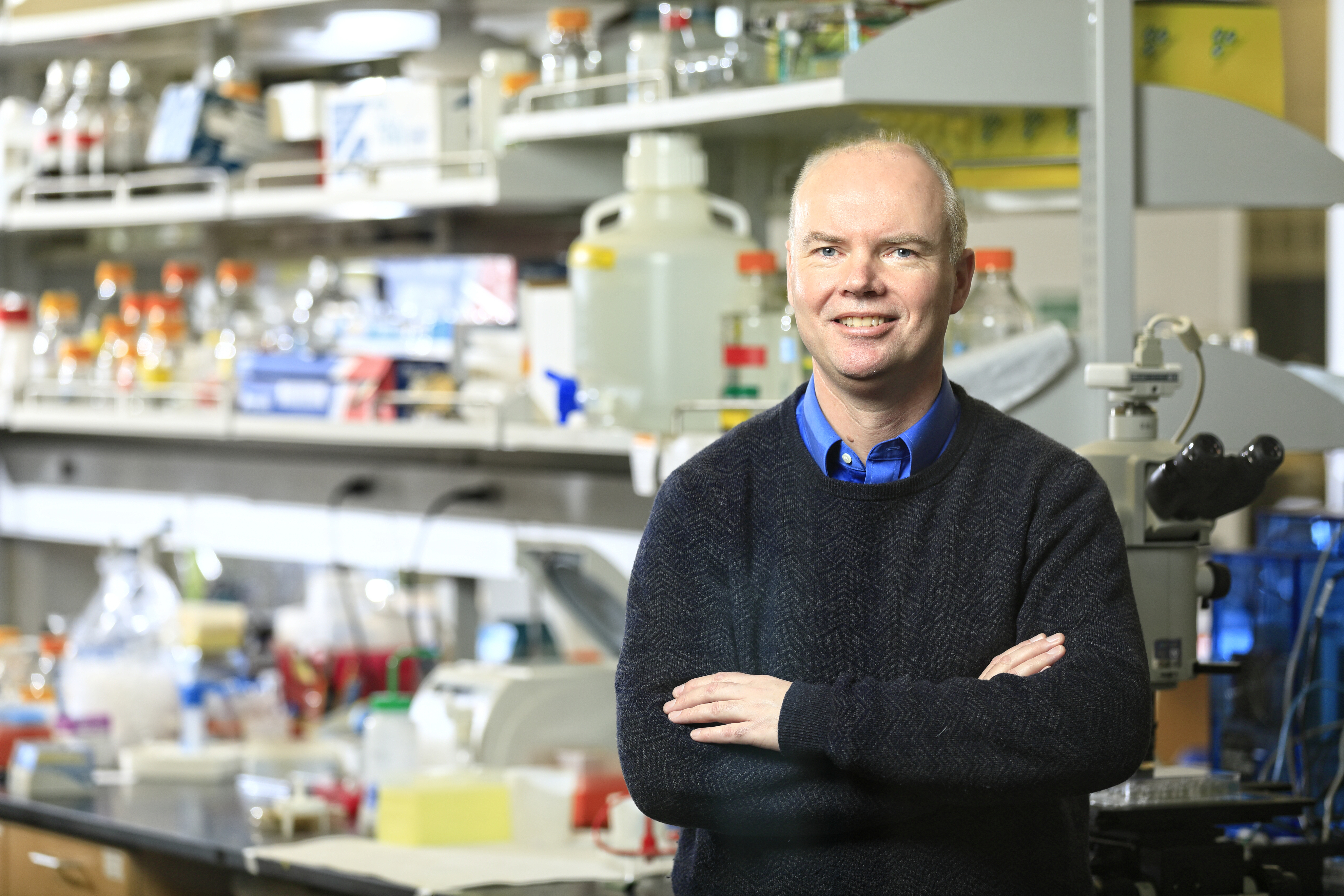 A research consortium led by the University at Buffalo has been awarded $22.5 million from the National Science Foundation (NSF) to continue its groundbreaking work developing advanced imaging techniques for critical biological processes that are difficult, if not impossible, to see with conventional methods.

BioXFEL is revolutionizing bioimaging through collaborations with academia and industry, including Google Brain

BioXFEL, an NSF Science and Technology Center and UB’s first such center, was created in November 2013 with an initial, $25 million award to UB, Hauptman-Woodward Medical Research Institute (HWI) and partner institutions.

“The successful renewal of UB’s first NSF Science and Technology Center award confirms Western New York’s leadership in the areas of X-ray crystallography and structural biology, historically based in the Hauptman-Woodward Medical Research Institute and related departments at UB, including, most recently, the Department of Materials Design and Innovation,” said Venu Govindaraju, PhD, vice president for research and economic development at UB.

“BioXFEL center scientists have made revolutionary advances in just a few years, using X-ray lasers to probe phenomena previously hidden from view,” he said. “They have discovered about 350 new molecular structures, expanding the knowledge base by describing these structures in more than 500 publications. With these incredibly powerful new tools, they are helping us better understand some of society’s most intractable health and science problems.”

The goal of the research is to harness the power of X-ray lasers to transform a broad range of scientific fields, focused on structural biology and drug development and extending to potential innovations in environmental technologies and the development of new materials.

“X-ray lasers provide two huge advantages over conventional methods,” explained Edward Snell, PhD, BioXFEL director, president and CEO of HWI and professor in the Department of Materials Design and Innovation at UB. “They are intensely bright beams that allow us to see much smaller things, like nanocrystals. And their pulses are incredibly short, which allows us to see critical processes, like how drugs bind, at rates as fast as a billionth of a billionth of a second.”

BioXFEL is developing the next-generation of X-ray-based structural biology research, a field in which Buffalo has a long and rich history. In 1985, the Nobel Prize was awarded to the late Herbert Hauptman and Jerome Karle for their work developing the groundbreaking direct methods technique, a robust means of obtaining the shape and form of pharmaceuticals and their targets that is still used today, Snell explained.

From photograph to movie

In the few years that BioXFEL has existed, Snell explained, its researchers have significantly expanded the detail with which biological and other processes can be imaged. “Initially, the molecular images we made were based on distinct snapshots of molecules at certain timepoints,” he said. “Now we’re going from the photograph to the movie, we’re able to see the continuous process. With this renewal, we will be able to understand the complete dynamics of biological mechanisms.”

HWI’s role in BioXFEL stems from its high-throughput crystallization center that over the past two decades has generated 180 million images from crystallization experiments. Many of these crystals were too small to be analyzed by conventional techniques, but may be deciphered using the power of X-ray lasers.

The same images have attracted a collaboration with Google Brain, in this case promoting the use of artificial intelligence to expedite new discoveries in protein crystallization. “Buried within all those images are clues about how to go about finding the useful data in them more easily, but there is a lot of noise and we’ve got to work out a way to tease out the clues by somehow automating the process,” he said.

“It’s well-known that we have this archive of images at HWI generated by our High-Throughput Crystallization Center, so crystallization centers and major pharmaceutical companies worldwide have been eager to collaborate with us,” Snell said.

UB scientist Thomas Grant, PhD, based at HWI, has used X-ray free laser techniques to develop a new way to look at molecular structures in solution, critical for understanding how proteins function in the human body. Other BioXFEL advances include:

The scientific work of BioXFEL takes place through collaborations between all of the partner institutions. The initial X-ray laser experiments can only be done at the Linac Coherent Light Source at BioXFEL partner Stanford University, where a mile-long facility produces a beam one-tenth of the thickness of a human hair. A handful of these facilities are opening worldwide and BioXFEL is leading research at all of them.

BioXFEL is headquartered at 700 Ellicott St. on the Buffalo Niagara Medical Campus in the building that houses both HWI and members of the UB Department of Materials Design and Innovation.

The NSF Science and Technology Centers: Integrative Partnerships program supports innovative, potentially transformative research and education projects that require large-scale, long-term awards. The centers foster cutting-edge research, education of the next generations of scientists and broad distribution of the knowledge and technology produced.