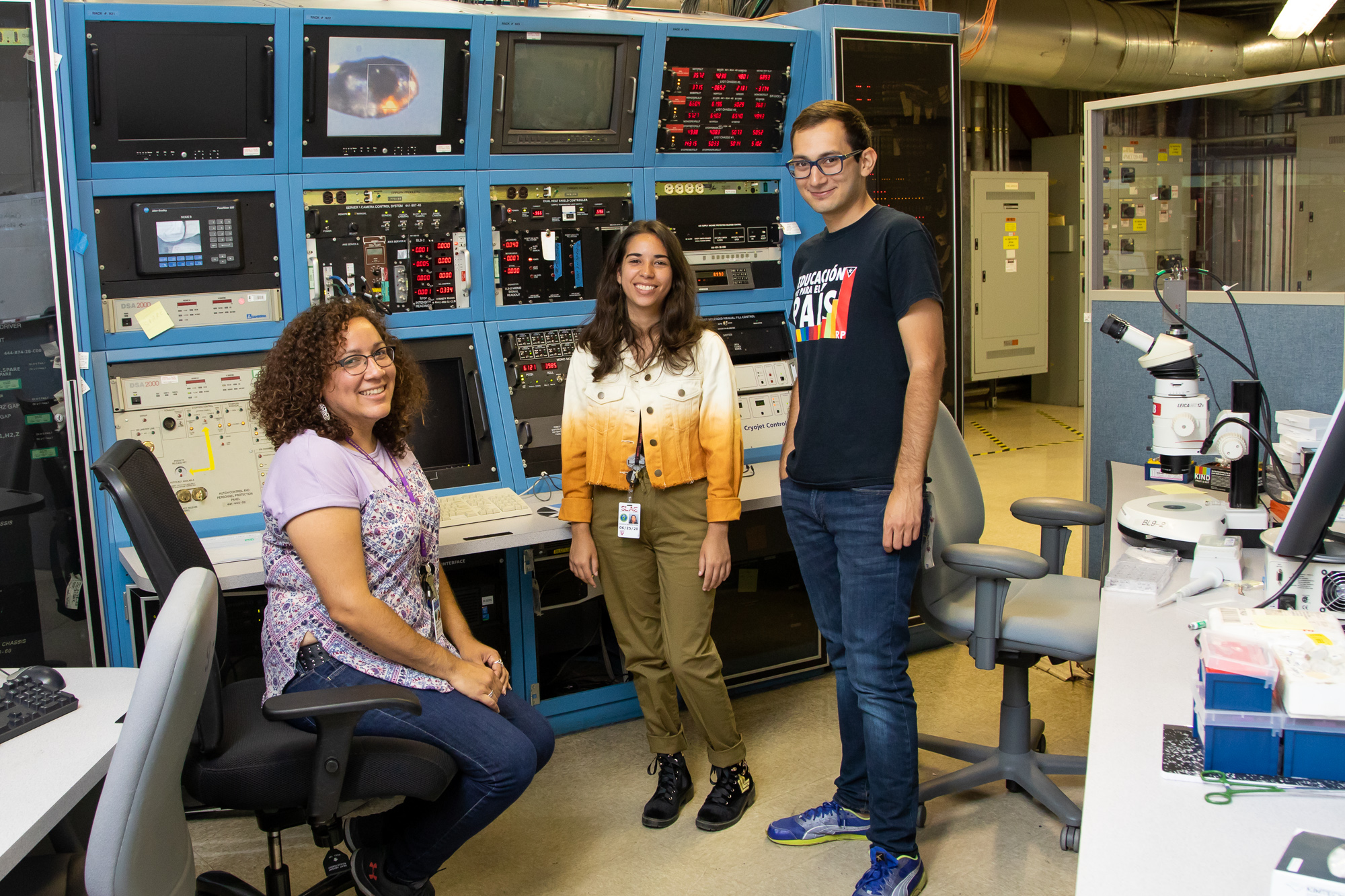 This summer, five graduate students from the University of Puerto Rico had the opportunity to use SLAC's world-class facilities to keep their studies on track.

Darya Marchany-Rivera, a doctoral candidate at the University of Puerto Rico, has known she wanted to be a scientist since tenth grade when she competed in a NASA challenge to find ways to grow crystals in the microgravity environment of space. In 2015, she reaffirmed her love for crystallography when she and others from her university traveled to the Department of Energy’s SLAC National Accelerator Laboratory to take part in RapiData, a week long course organized by the Structural Molecular Biology Division of the Stanford Synchrotron Radiation Lightsource (SSRL) that provides lectures and hands-on training on crystallography.

Last fall, Marchany-Rivera and four other graduate students had the opportunity to return to SLAC as part of an internship program designed to give students affected by Hurricane Maria a chance to conduct research using the division’s user resources and cryogenic electron microscopy (cryo-EM) center. The internship program, funded by SSRL and the BioXFEL National Science Foundation Science and Technology Center, was spearheaded by SLAC scientist Aina Cohen with help from SLAC’s student program advisor Enrique Cuellar, BioXFEL director Edward Snell and BioXFEL Education and Diversity director Bill Bauer.

But when the students returned to Puerto Rico that winter, they faced lingering effects from the hurricane. “Buildings were condemned, laboratories were still without power and much of their equipment was destroyed,” Cuellar said.

Cuellar and Cohen wanted to provide the students with the space and facilities they needed to continue working on their projects. After Cuellar secured additional funding from work2future, a local nonprofit organization, the students were able to return to SLAC once again this summer.

“I think it's really good that these students have an internship requirement for their studies because often graduate students can be kind of isolated,” Cohen said. “It’s important to have students get out there, go to new places and meet people from different parts of the world.  We are honored to be a part of this and are grateful for the opportunity to host them here at SLAC.”

Several of the students are working with researchers at Stanford’s Macromolecular Structure Knowledge Center (MSKC) to learn how to purify and grow protein crystals. Darya Marchany-Rivera has joined a collaboration with Mark Wilson of the University of Nebraska and SLAC scientist Henry van den Bedem, and will be involved in an upcoming experiment at SLAC’s Linac Coherent Light Source (LCLS).

“In addition to having access to world-class facilities, it’s important that the students also have the chance to work alongside scientists in their field and expand their connections,” Cohen said.